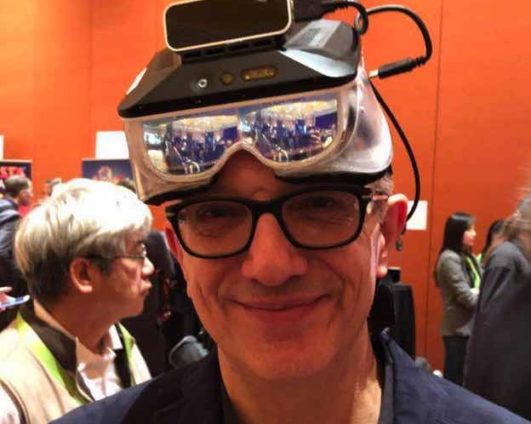 Nigel Burton was born in England, in November 1963. From 1989, Nigel worked for Microsoft Corp, Redmond, WA as a General Manager of Small Business Products including MSN, bCentral. And from 2004-2010, managing Microsoft’s Developer and Web Service business for Asia-Pacific and Greater China.

While working with Microsoft, Nigel was a executive director of the China Red Cross Foundations fund for the blind. Nigel still retains this post, though now is also the Secretary of their US charity.

After leaving Microsoft in 2010, Nigel became President of 8LAS Inc, who developed systems software for AR companies including Epson, Meta and Immy.

From 2016 until today, Nigel was first CTO of Realmax in Shanghai and is now CEO of Realmax Inc in Bellingham WA, who design and manufacture the Realmax100 Augmented Reality Glasses.

Nigel has many certificates and awards, including three recognitions from the US Government Small Business Administration (one was awarded in the Whitehouse). He also holds an award from China’s state technology (CSIA) association, as one of the ten most foreign influential leaders to support China’s technology industry.